Your veins play a crucial role in your overall health and well-being. If they aren’t functioning properly, you could experience serious problems. But how do you know if it’s time to see a vein doctor? Here’s a look at some of the top signs that indicate it’s time to get in touch with a Morris County vein clinic to schedule an appointment. 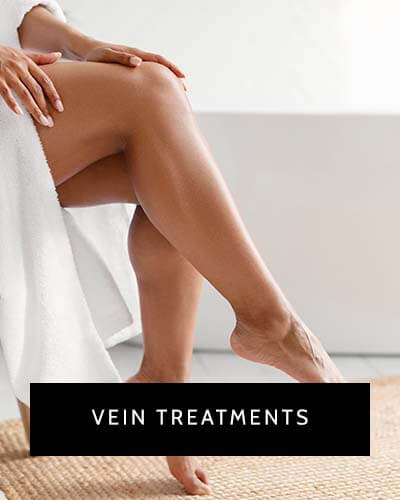 Varicose veins are enlarged, twisted veins that are often discolored. While any superficial vein (veins that sit close to the surface of the skin) can become varicose, the veins in the legs are most commonly affected. As you stand and walk, the pressure is placed on your lower body, and that pressure can cause the veins to bulge. Varicose veins can also be hereditary.

Varicose veins can be rather unsightly and can cause discomfort and pain. In extreme cases, they can also cause serious health problems. If you have noticed the appearance of enlarged veins, making an appointment with a vein doctor is highly advised. A doctor will be able to assess the extent of the problem and can also recommend varicose vein treatment, such as varicose vein surgery or laser varicose vein treatment.

There are several different types of conditions that can affect the veins, such as chronic venous insufficiency syndrome, and superficial venous thrombosis (phlebitis). Venous disease is serious, and in severe cases, it can be life-threatening. For that reason, if you are experiencing any signs of venous disease, you should schedule an appointment with a reputable Kinnelon, NJ vein doctor right away.

Signs of venous disease include:

Deep vein thrombosis (DVT) develops as a result of a blood clot (medically referred to as thrombus) that occurs in one of the deep veins. Typically, this condition occurs in the legs, but it can occur in other parts of the body, as well. DVT can be serious and even life-threatening, as a blood clot in your vein can break loose and travel through the bloodstream into the lungs, causing a pulmonary embolism. Because DVT is such a serious condition, immediate medical treatment is required. If you are experiencing any of the following symptoms, schedule an appointment with a Kinnelon, NJ vein clinic right away:

You Have a Family History of Vein Disease

Genetics is one of the primary risk factors of varicose veins and venous disease. If someone in your family, such as your parents or grandparents, has varicose veins or has been diagnosed with any condition that affects the veins, you are at an increased risk for developing such conditions yourself. Even if you aren’t experiencing noticeable symptoms, scheduling an appointment with a Morris County vein doctor is still a good idea. A doctor can perform a complete evaluation and may be able to identify and treat a condition that is present but is not exhibiting any symptoms.

If your risk for developing venous complications is high, it’s a good idea to schedule an appointment with a vein doctor. After assessing your medical history and performing a complete evaluation, a doctor will be able to determine if you have a venous disorder, and if not, can provide advice to help lower your risk of developing a problem.

Looking for a Vein Doctor Near Me in Morris County? Contact Montville MedSpa and Pain Center

If you’re experiencing signs of a venous disorder or you just want to get checked out for your peace of mind, if you’re looking for a vein doctor near me in Morris County, get in touch with Montville MedSpa and Pain Center. Our expert vein doctor will be able to provide you with a complete assessment and can provide treatment options, such as varicose vein surgery, to combat any issues that you may be experiencing.

To schedule an appointment or to learn more about our Kinnelon, NJ vein clinic, please call 973-794-3958 or visit us online atwww.MontvilleMed.com to submit a contact form.

Some information about Kinnelon, NJ

Once known as Charlotteburg (named after Charlotte, wife of King George III of Great Britain), Kinnelon was formed as a borough by an act of the New Jersey Legislature on February 20, 1922, from portions of Pequannock Township, based on the results of a referendum passed on March 21, 1922.

By the 1880s Francis Kinney, a 19th-century industrialist who founded Kinney Brothers Tobacco Company built an estate that dates back to 1884. Kinney purchased upwards of 5,000 acres (20 km2) of land and built a colossal ‘summer cottage’ known as Smoke Rise. The name (Smoke Rise) is a translation of the Pequannock Indian name for the mountainous area, where a heavy mist often rises at sunset. His son, Morris Kinney, for whom the borough of Kinnelon was named 41 years later, lived most of his life on the estate.

Upon Morris Kinney’s death in 1945, he left the estate to longtime friend John Talbot, Sr., former mayor of the borough, and a founder of the Chilton Memorial Hospital, Pompton Plains (John Talbot, Sr. was a real estate developer in New York City and a patron of the arts and was credited with the revival of ballet as a major art form in the United States in the 1930s), as a tribute to their lifetime friendship and mutually shared love of Smoke Rise.