Why You Should Consider Varicose Vein Ablation Surgery in Union Hill, NJ

Do you suffer from varicose veins? Do those inflamed, bulging, and twisted veins in your legs make you self-conscious? Are they causing you pain? If so, then you may be a prime candidate for leg vein ablation.

At Montville MedSpa and Pain Center, a premier Morris County vein clinic, we perform vein ablation surgery right at our Union Hill, NJ facility. Using cutting-edge technologies and the most advanced techniques, our board-certified surgeon has successfully treated countless patients with varicose vein ablation surgery. If you’re one of the millions of people who are afflicted with varicose veins, vascular ablation may be the solution you have been looking for.

What are Varicose Veins?

Varicose veins are twisted, swollen veins. This condition affects the superficial veins (the veins that are closed to the surface of the skin), primarily in the legs. They can be unsightly and uncomfortable, and in severe cases, they can even lead to serious health problems.

The veins transport blood from the legs back up to the heart. They feature one-way valves, which ensure the blood travels in the right direction and prevent it from pooling in the veins. However, if the vein walls become damaged or diseased, they can stretch and lose elasticity. When this happens, the valves can become defective, and instead of traveling up to the heart, the blood can travel backward and pool in the veins. The result of this pooling blood is varicose veins.

Varicose veins are considered a form of chronic venous insufficiency. In many cases, this condition is hereditary, so if someone in your family has them, there’s a good chance that you will develop varicose veins, too. However, genetics aren’t the only cause of varicose veins. There are several other factors that can contribute to the development of swollen, bulging veins, including:

What is Varicose Vein Ablation Surgery?

Prior to the procedure, a numbing agent is applied to the site where the small incision will be made and along the length of the varicose vein; there is no need for anesthesia. Additionally, no stitches are required, as the incision is only about 2-mm in size. 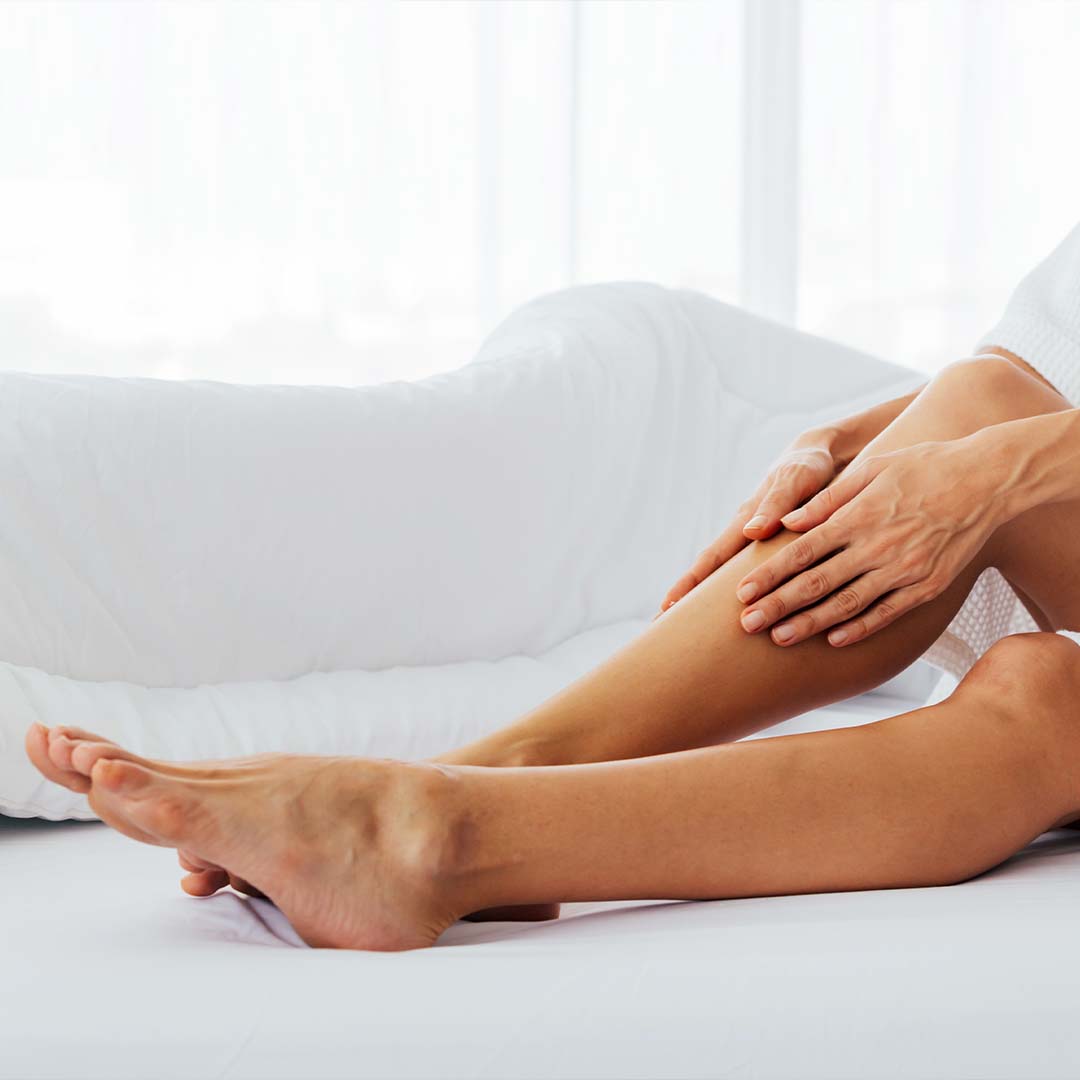 Once the surgery is complete, you are free to go home and can resume your regular activities (with some limitations until the incision site is completely healed, of course).

Why Should You Consider Varicose Vein Ablation Surgery?

If you suffer from varicose veins, vascular ablation is definitely a treatment option that you should consider. This surgery is minimally invasive and is done as an out-patient procedure at our state-of-the-art Union Hill, NJ facility. The procedure is done rather quickly (about 15 to 20 minutes for a single vein, on average), and you can return home immediately after.

Vascular vein ablation surgery is highly effective and very safe. The results are permanent and unlike other methods that are used to treat varicose veins, the risk of complication is minimal.

By having leg vein ablation surgery, your appearance can be restored and any pain that you may be experiencing can be eased. Furthermore, eliminating varicose veins can improve your overall health, as varicose veins have the potential to cause dangerous and potentially deadly health complications, such as blood clotting or pulmonary embolism.

If you are interested in learning more about leg vein ablation surgery or you would like to schedule a consultation with our board-certified doctor, please give us a call at 973-794-3958. You can also visit our website atwww.MontvilleMed.com and submit our online contact form. However you get in touch with us, we’ll be happy to answer any of your questions.

At Montville MedSpa and Pain Center, we look forward to helping you reduce your pain and restore your appearance with vein ablation surgery.

Some information about Union Hill, NJ

Union Hill was a town that existed in Hudson County, New Jersey, United States, from 1864 to June 1, 1925, when it merged with West Hoboken to form Union City.

The area that became West Hoboken was originally inhabited by the Munsee-speaking branch of Lenape Native Americans, who wandered in the vast woodland area encountered by Henry Hudson during the voyages he conducted from 1609 to 1610 for the Dutch. Hudson later claimed the area (which included the future New York City) and named it New Netherland. The portion of that land that included the future Hudson County was purchased from members of the Hackensack tribe of the Lenni-Lenape in 1658 by New Netherland colony Director-General Peter Stuyvesant, and became part of Pavonia, New Netherland. The boundaries of the purchase are described in the deed preserved in the New York State Archives, as well as the medium of exchange: ’80 fathoms of wampum, 20 fathoms of cloth, 12 brass kettles, 6 guns, one double brass kettle, 2 blankets, and one half barrel of strong beer.’

The relationship between the early Dutch settlers and Native Americans was marked by frequent armed conflict over land claims. In 1660, Peter Stuyvesant ordered the building of a fortified village called Bergen to protect the area. It was the first permanent European settlement in New Jersey, located in what is now the Journal Square area of Jersey City near Academy Street. In 1664, the British captured New Netherland from the Dutch, at which point the boundaries of Bergen Township encompassed what is now known as Hudson County. North of this was the unpopulated Bergen Woods, which would later be claimed by settlers, after whom a number of streets were named, such as Brown Street and Golden Lane, which still exist in Union City today.

The area that became Union Hill, however, was sparsely populated until the early 19th century. The British granted Bergen a new town charter in 1668. In 1682 they created Bergen County, which was named to honor their Dutch predecessors. That county comprised all of present-day Hudson, Bergen and Passaic counties. Sparsely inhabited during the 17th and 18th centuries, the southeast section of Bergen County had grown by the early 19th century to the point where it was deemed necessary to designate it a separate county. The New Jersey legislature created Hudson County in 1840, and in 1843, it was divided into two townships: Old Bergen Township (which eventually became Jersey City) and North Bergen Township, which was gradually separated into Hudson County’s municipalities of Hoboken (1849), Weehawken and Guttenberg (1859), and Union Township
(or simply Union,) (1864), though it was colloquially known as Union Hill. Union Hill was formed through the merger of a number of villages, such as Dalleytown, Buck’s Corners and Cox’s Corners. The largest of these villages, Union Hill, became the colloquial name for the merged town of Union itself. Union Hill was incorporated as a town by an Act of the New Jersey Legislature on March 29, 1864, from part of Union Township. In 1866, part of North Bergen was added to it. The town was reincorporated on March 27, 1874. The northern section of Union Township was later incorporated as West New York in 1898.